Today we prepare an amazing and aromatic polenta from a recipe of Pliny the Elder. Polenta, the author wrote, was a Greek dish common in Italy at his time, but unknown by his ancestors the same way as Greeks once ignored the Italic puls (videturque tam puls ignota Graeciae fuisse quam Italiae polenta).
This dish, prepared with roasted and milled barley, millet, flaxseeds, and coriander seeds is surprisingly rich and tasty, in addition to be easy to make.
You will find below a note with the English translation and the original source from the Naturalis Historia. 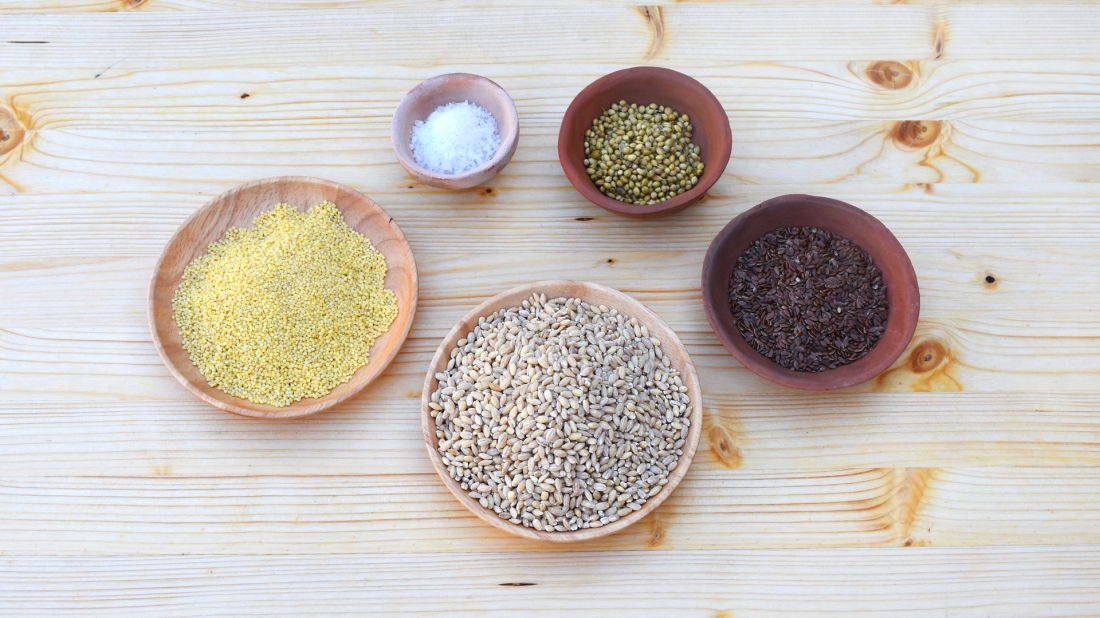 Method
Roast for a minute the barley, then add the other ingredients roasting them for three or four minutes. Stir often, keeping attention not to burn them.
Mill all the ingredients together until they reach a coarse texture. We suggest using a coffee grinder to save time, but if you prefer, you can grind them in the mortar.
Boil one and a half liters of water, then gradually pour the flour. Cook the polenta for half an hour and keep stirring until its consistency will be almost solid, then plate.
We suggest pairing the polenta with a meat stew, for example, this Copadia. 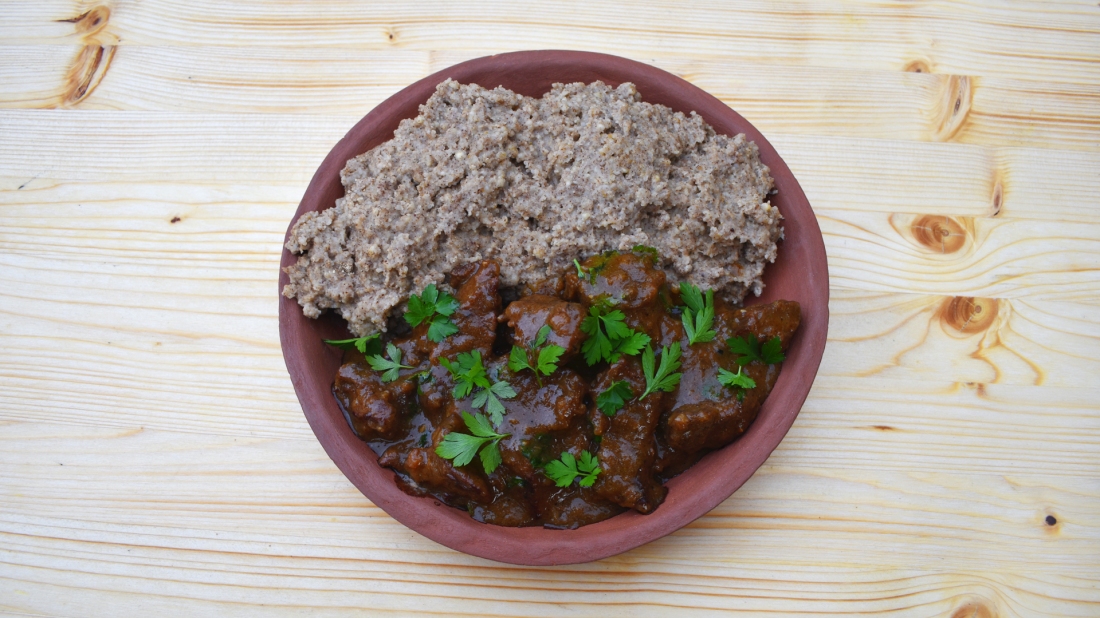 Greek and Italic Polenta. Pliny’s recipe
There are differences between the Greek and the Italic recipe, Pliny wrote. Greeks prepared polenta in many ways. Usually, they soaked the barley in water and let it dry for a night, then roasted and milled the barley (Graeci perfusum aqua hordeum siccant nocte una ac postero die frigunt, dein molis frangunt). In this way, they malted the barley, and this gave to the cereal a sweeter taste. There are other methods for preparing the barley, but Pliny said that the polenta was always made with the same ingredients: twenty pounds of barley, three pounds of flaxseeds, half a pound of coriander seeds, one acetabulum of salt. All the ingredients were roasted and then milled (vicenis hordei libris ternas seminis lini et coriandri selibram salisque acetabulum, torrentes omnia ante, miscent in mola). We chose to adjust the quantity and change a little the ratio for making a smaller amount of polenta.
Italic people, Pliny wrote, did not soak the barley and added millet to the other ingredients: Italia sine perfusione tostum in subtilem farinam molit, isdem additis atque etiam milio.