Overcooked legumes reduced to a puls and mixed with other ingredients were quite common since the Antiquity. We find a similar preparation in the cookbook attributed to Apicius, an excellent recipe with fava beans we prepared last spring.
However, lentils seem to have a bad reputation among the physicians since the Antiquity. Despite they are frequently eaten, lentils make a bad nourishment, being hard to digest and causing nightmares, Dioscorides writes, followed by the medieval authors, first of all Pietro de Crescenzi (14th century) who repeats these concepts. They are the worst among the legumes, and yet they are very popular, Castelvetro writes in the 17th century: even the rich people eat lentils, not only the plebs (nonostante questo, altri che la vil plebe da noi la mangia). Rich people eat lentils with sapa, concentrated grape must, and this is a bad habit as well as cooking them with meat, Mattioli writes in the 16th century.
In any case, the harm can be removed in many ways, adding herbs and spices as well as discarding the first cooking water, a suggestion that dates back to Dioscorides. Mint, parsley, sage, and cumin added during the second cooking, Aldebrandin of Siena writes (13th century), help to contrast the harmful effects. A similar suggestion appears in an 11th century medical handbook, De Flore Dietarum: in this case, the author advises to add vinegar, oregano, mint, pepper, cumin, and olive oil or fresh fat meat.
The author of the Liber de Coquina yet does not follow these directions, imitated by the anonymous translator of this recipe into vernacular, called Anonimo Toscano, who reports it with a little change: he suggests cutting the hard cheese instead of grating it.
We paired this lentil recipe with a simple and quick side dish prepared with mustard greens, found in the Anonimo Toscano. Below, you find the original sources, the method, and the video of the recipes. Enjoy! 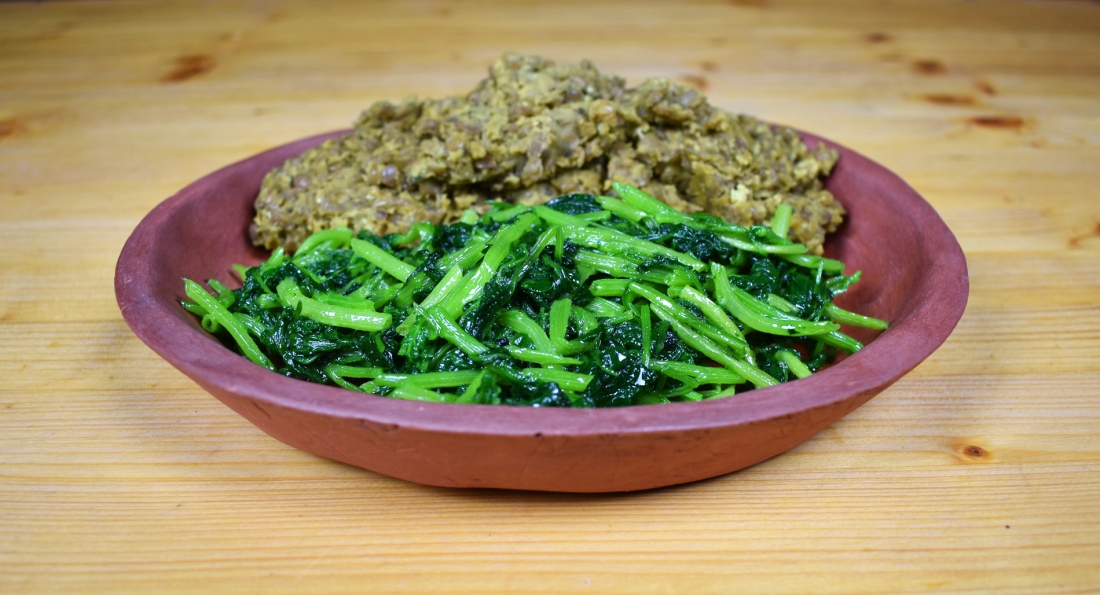 Method
Mince finely the herbs and steep the saffron in water. Boil the lentils in salted water for about 30 minutes, adding the aromatic herbs, saffron, and olive oil. When they start to break, mash them coarsely with a spoon.
Beat the egg and grate the cheese. Add them to the lentils and stir until the cheese melts. Plate and serve still hot.

Note about the ingredients
The author does not specify which aromatic herbs to use. Choose among the most common in the medieval cookbooks, for example, savory, thyme, mint, sage, parsley, rosemary, marjoram, oregano, and rue.
Safran refers to the oriental variety of saffron, possibly in contrast with the locally-cultivated one. Saffron was one of the most common spices since the Middle Ages and was used not only for its flavor but also for its color. We wrote more about it and its medical proprieties in this article.
We suggest choosing between Parmigiano and pecorino cheese, both used in the Middle Ages. The author writes just to use hard cheese.

Translation
Cook well-cleaned and selected lentils with aromatic herbs, oil, salt, and saffron. Once they are cooked, mash them. Pour over beaten eggs and grated hard cheese, and serve. 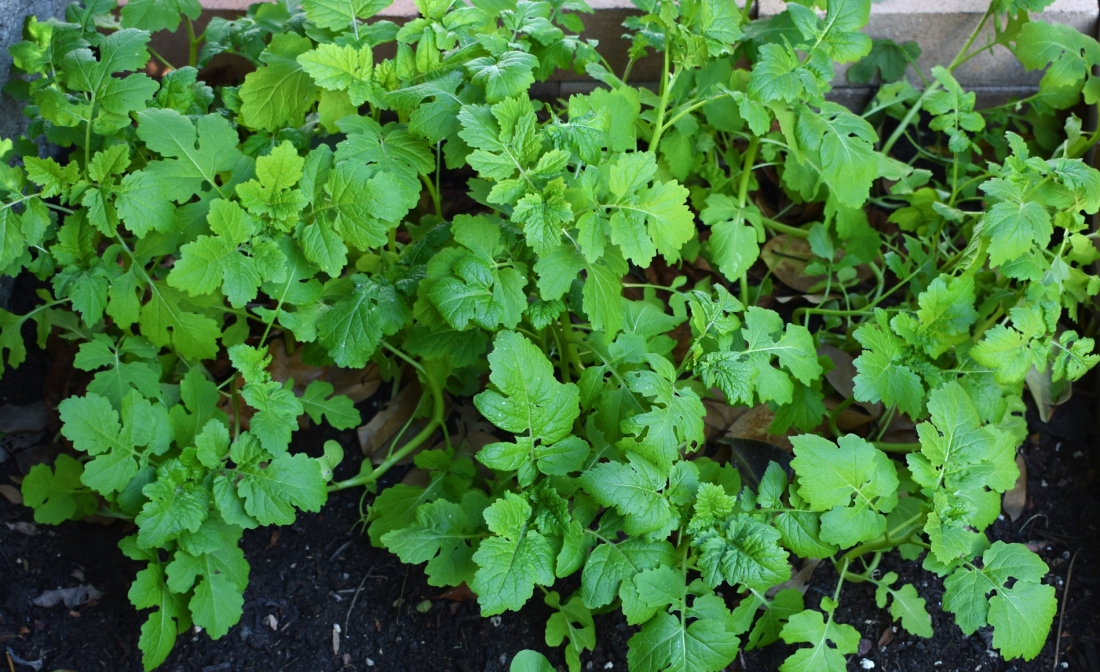 Method
Simmer the mustard greens in water for a few minutes, then discard the water. Cut the greens. Warm up the olive oil in a pan and stir-fry the greens briefly adding a pinch of salt.

Note about the ingredients
You can use other kinds of greens to prepare this recipe. Anonimo Toscano suggests a similar method for turnip greens that you find in this article.
Pliny describes three kinds of mustard, and in the 16th century, Mattioli adds that they still exist. We have planted white mustard seeds, the most commonly used to prepare mustard.
Meat and olive oil are the two alternatives for the lean and the fat days. A different way to cook this recipe is adding fat meat (for example, pork belly, mutton, or beef) and let the fat melt before adding the greens. Lentils too are frequently cooked with meat instead of olive oil: Michele Savonarola (15th century) writes that this method is unhealthy, while the author of De Flore Dietarum (11th century) considers it a good way to remove the harm.

Translation
Take mustard greens and simmer them in water. Then, discard the water and frythem in a pan with oil and salt or cook them with meat.