Copadia, a loan word borrowed from Greek, is a kind of preparation we find frequently in the cookbook attributed to Marcus Gavius Apicius, De Re Coquinaria. It includes several stew recipes quite different one from the other, with just one characteristic in common: they are made with meat cut in pieces. Apicius indeed uses two words, copadia and copadiola, the diminutive form of copadia. Usually, the author does not specify the kind of meat to use; just in a few cases, he makes mention of pork, mutton, and goat meat.
Also about this recipe, we have no information about the cut and kind of meat. We used here pork collar, but you can choose a cut not to lean among, for example, beef, mutton, or goat. This stew is perfect paired with dishes as barley polenta, fava beans, or taro.
Below, you will find a note about the ingredients and the original recipe with the translation into English. Enjoy! 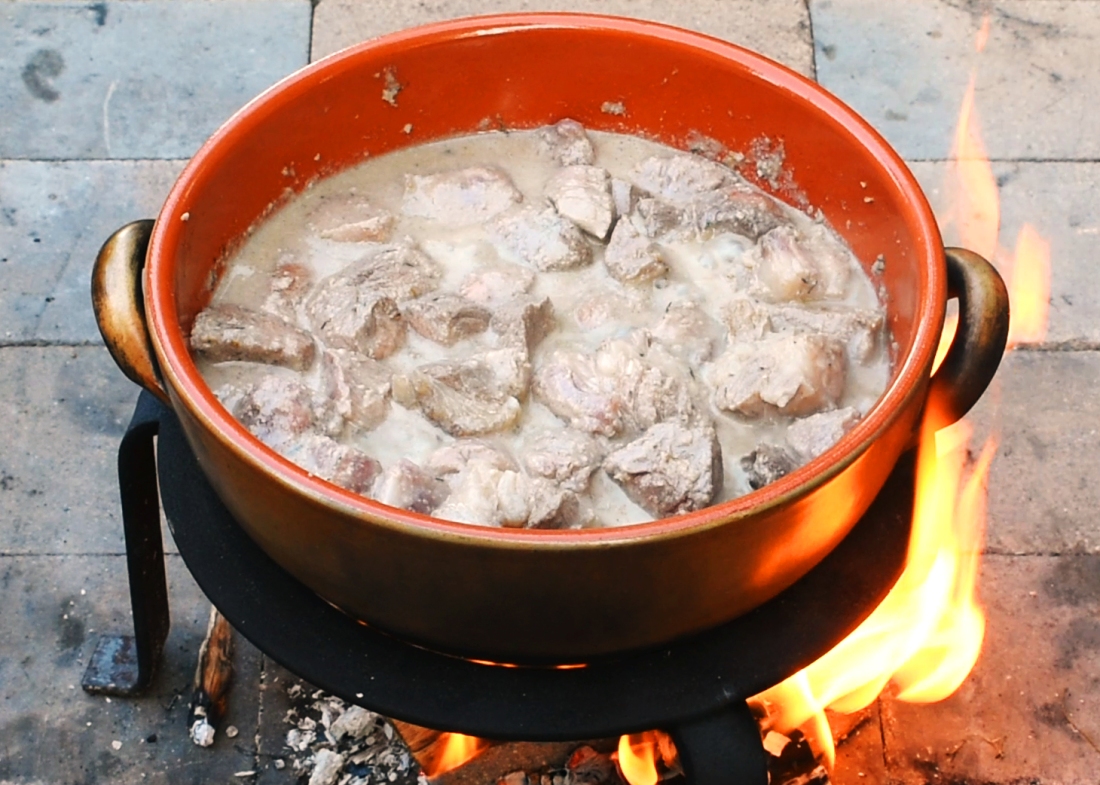 Method
Soak in water the pine nuts and walnuts for a couple of hours, then strain them.
Grind in the mortar a pinch of celery seeds and one of lovage, adding a bit more of cumin and white pepper.
Remove the thyme leaves from the stems and pound them in the mortar with the spices, adding the pine nuts and walnuts. Mix with a little quantity of honey, garum, and extra virgin olive oil, diluting with white wine vinegar.
Now, cut the meat in pieces. Pour the sauce in a pan with a bit of water, then add the meat and simmer it until it is ready. Our stew took two hours to be cooked, but the time can change depending on the cut and kind of meat you are using,
Serve the stew with its sauce, pairing it with barley polenta, fava beans, or taro 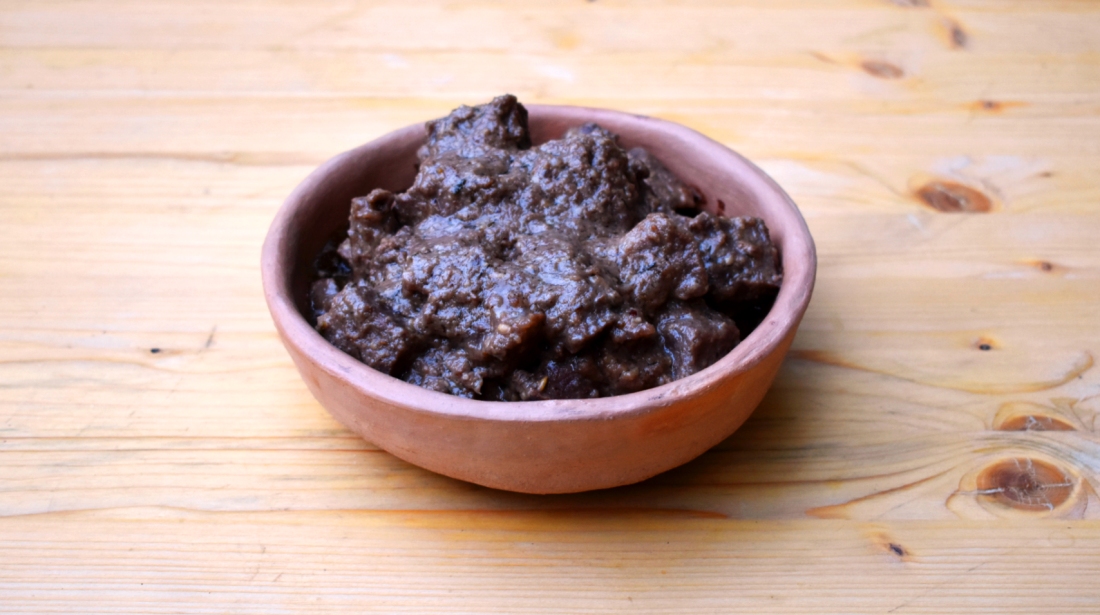 Note about the ingredients
Ancient Romans, according to Pliny, imported from India three kinds of pepper: black, white, and long. We chose here white pepper, more priced than the black variety, but Apicius does not specify what kind we have to use. Lovage, celery seeds, and cumin are among the spices Apicius prefers. Widely used by all ancient Mediterranean populations, they were among the most used seasonings in the ancient Roman cuisine.
Garum was an ancient Mediterranean fish sauce, prepared with fermented fish and salt, sometimes adding spices and aromatic herbs. From the historical sources, we know the process of production, identical to modern-day South-East Asian fish sauces’. Those sauces are an excellent substitute for garum, if you do not find it. You can also use a pinch of sea salt instead. 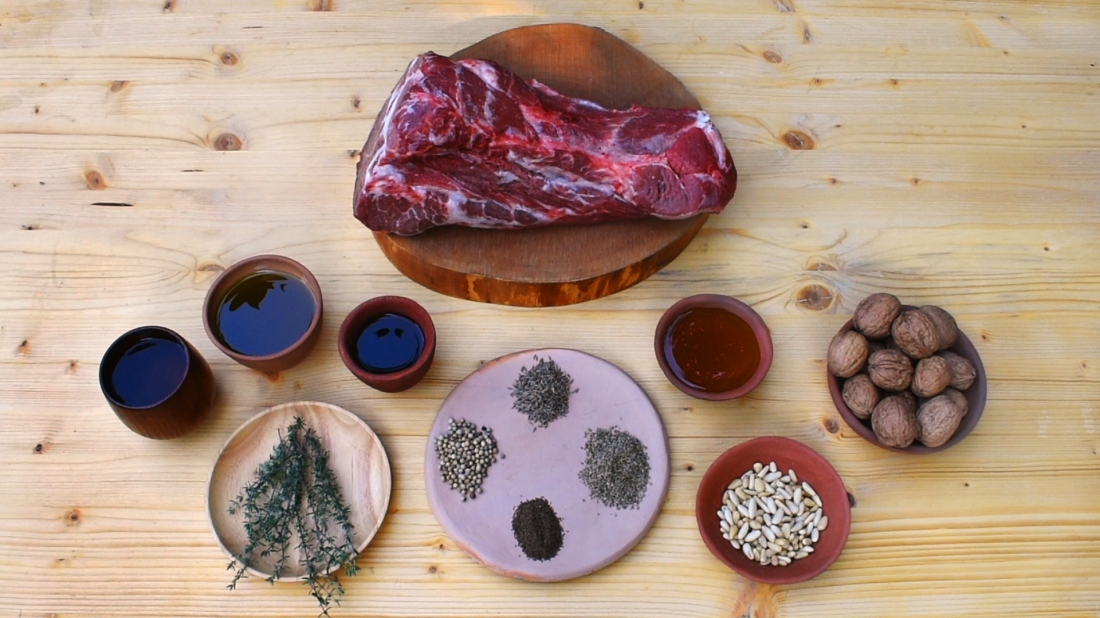