UPDATE. This month on Patreon it is available in translation the first part of De Re Coquinaria, a massive collection of ancient Roman recipes divided into ten books, which the tradition attributes to Marcus Gavius Apicius, with more than 60 recipes. This issue includes Epimeles, a book entirely dedicated to the preserves, with many suggestions, for example, about how to prepare mulled wines or aromatized salt, how to improve garum and honey, or why we have to use fava-bean flour as an additive for wine, as well as how to keep fruit and vegetables or prepare the most common sauces. The second book, instead, is called Sarcoptes and collects several recipes for meatballs, fish cakes, and sausages.
In addition to this translation, you find on Patreon the e-books of other sources: the first part of Anonimo Veneziano (14th century), De Flore Dietarum (11th century), Appendicula de Condituris Varis (8h or 9th century), Opusculum de Saporibus by Mainus de Maineris (14th century) and the complete text of the Registrum Coquine by Johannes Bockenheim (15th century) – second part here.

UPDATE. On Patreon, you find this month the translation of the first part (out of three) of Anonimo Veneziano’s manuscript, dating back to the end of the 14th century and written in Venetian vernacular. It is a beautiful cookbook that shows all the magnificence of the cuisine in a late medieval court. The first part includes 44 recipes.
This is the fifth source we translated for our Patrons, in addition to De Flore Dietarum (11th century), Appendicula de Condituris Varis (8h or 9th century), Opusculum de Saporibus by Mainus de Maineris (14th century) and the complete text of the Registrum Coquine by Johannes Bockenheim (15th century) – second part here.

UPDATE. If you want to help us, you can now buy us a beer or our merchandise.
A new translation (in English and Italian) is available on our Patreon page, with the first part of De Flore Dietarum, a book of dietetics written in the 11th century and belonging to the tradition of the Salernitan Medical School. The text is divided into two parts: the first, very short but thick with contents, explains the theoretical and philosophical basis; the second, instead, describes every kind of food and beverage according to the principles previously illustrated. Some entries are quite long, others just quick annotations. This second part is easier to read than the first and contains also a few recipes and suggestions about the methods to cook the foods.
This is the fourth source we translated for our Patrons, in addition to the Appendicula de Condituris Varis, the Opusculum de Saporibus by Mainus de Maineris (14th century) and the complete text of the Registrum Coquine by Johannes Bockenheim (15th century) – second part here.

UPDATE. New translation in English and Italian on our Patreon page: a beautiful source written in the 8th or 9th century by Johannes Damascenus, dedicated to fruit and root preserves. There you find, for example, how to make compotes with ginger, parsnip, citrus, and nuts. The Appendicula de Condituris Varis is the third translation we published, with the Opusculum de Saporibus by Mainus de Maineris (14th century) and the first part of the Registrum Coquine by Johannes Bockenheim (15th century).

UPDATE. Our new book, “Ancient Roman Cooking. Ingredients, Recipes, Sources“, is available to pre-order on Amazon. Here you find the Italian edition.
“Ancient Roman gastronomy was famous for an incomparable skill in the art of pairing the ingredients, with its Mediterranean flavors and healthy balance among the aromas.
Many sources record the greatness of Roman cuisine. Writers and poets celebrate its beauty, complexity, decadence, and at the same time, its simplicity. Agronomists tell the life in the countryside, showing the farming techniques and the preparation of common preserves, from cured meat to cheese, vegetables, fruit. Cooks focus on providing unique sensorial experiences through the learned use of ingredients that belong to our history, now almost forgotten. Silphium, garum, mulsum, allec, sapa are just some of them.
A journey back in time through ingredients and recipes, from the republican age to the empire, to rediscover an extraordinary culinary tradition that will satisfy, still today, the most refined palates.” 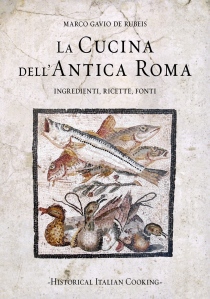 UPDATE. On our Patreon page, you find the translations into English and Italian of the Opusculum de Saporibus by Mainus de Maineris (14th century) and the first part of the Registrum Coquine by Johannes Bockenheim (15th century). 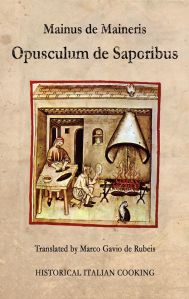 In this blog you will find information about Italian cooking throughout the centuries with videos, recipes, and articles about ingredients, books, and food culture of our country. Our sources are the many cookbooks saved over two millennia, starting from ancient Rome, crossing Middle Ages and Renaissance, and reaching the Modern Era.
Here you will find historical sources and how you can prepare the courses in a philological and tasty way, with our interpretation of the texts and suggestions.
This blog is born from years of study, both theoretical and practical, about early cooking, and from the questions our audience asked us about how to prepare the dishes or to substitute rare ingredients. In this time, we published a few books about historical cooking with the no-profit organization I Doni delle Muse, using the collective pen name Marco Gavio de Rubeis. We intend to translate them soon into English.
We hope you’ll appreciate our work, in particular, because Italian cooking is more than the dishes all of us know. It is a world made of forgotten traditions, spices and flavors which seems to us extraordinarily complex and fascinating. 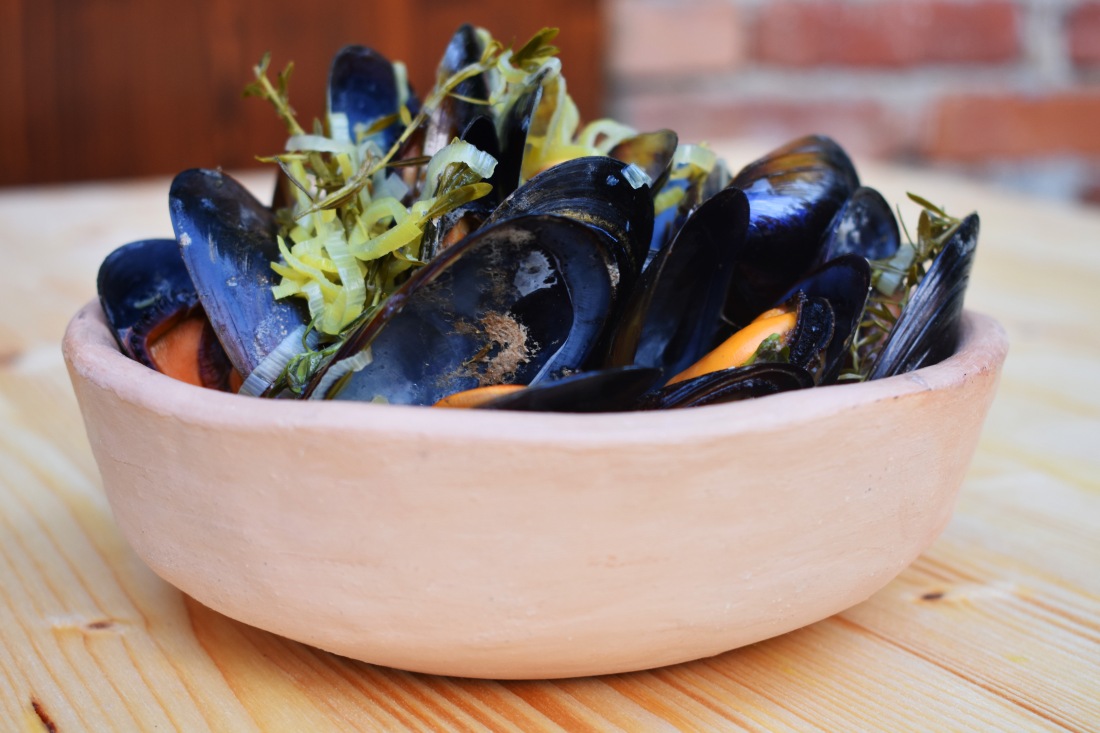