Food and convivia are important topics in ancient Roman poetry. We find many pages that describe in detail courses and dinners, frequently with the nostalgic desire of a simpler life in the countryside, distant from the chaos of the Urbs. Horace, who lived in the 1st century BCE, writes many poems dedicated to the exaltation of a modest style of life that reflects also in the choice of food.
In one of his satires, Horace considers himself lucky, because his poverty allows him a freedom that other, richer than him, do not possess. He wakes up late, walks without an escort, asks by himself the prices of the food at the market, and when comes the night, he goes back at home and dines on a plate of chickpeas, lagana, and leeks. A simple meal, suited for a man who has little demands.
This week, we recreate how could have been Horace’s dinner. The poem does not provide sufficient information, but we will use other sources: De Re Coquinaria, the cookbook attributed to Apicius, and Lexicon by Hesychius, a 5th-century Greek grammarian. In Apicius’ book we find an interesting chickpea recipe, really simple, that would be surely appreciated by Horace (despite the distance in time, the cuisine described by Horace is very similar to De Re Coquinaria‘s recipes). We will use it adding the leeks. In addition, one of the ingredients of this recipe is merum, a term which in Horace’s lexicon means Falernian wine, his favorite one: a little luxury in a dish otherwise plebeian.
In Hesychius’ book, instead, we find a complete description of the laganon, a fried flatbread mentioned also by Athenaeus. It is interesting that the author writes that the laganon is a kind of cake similar to kapyria, according to Athenaeus a word equivalent to Roman tracta. From this source, we prepared the artolaganon, which means laganon bread, a few weeks ago.
Chickpeas and lagane is still today a Southern-Italian traditional dish, but there the lagana are boiled with the legumes instead of fried, in a similar way as we have seen preparing ancient Roman pasta. In the Middle Ages, lagana or lasagna is a kind of pasta, fried or boiled, as we wrote in this article.
Clearly, the distinction between pasta and bread here is arbitrary, and this arbitrariness originates from the ancient sources themselves.
Below, you will find the original sources with our translation, the method, and the video of the recipe with captions in English and Italian. Enjoy! 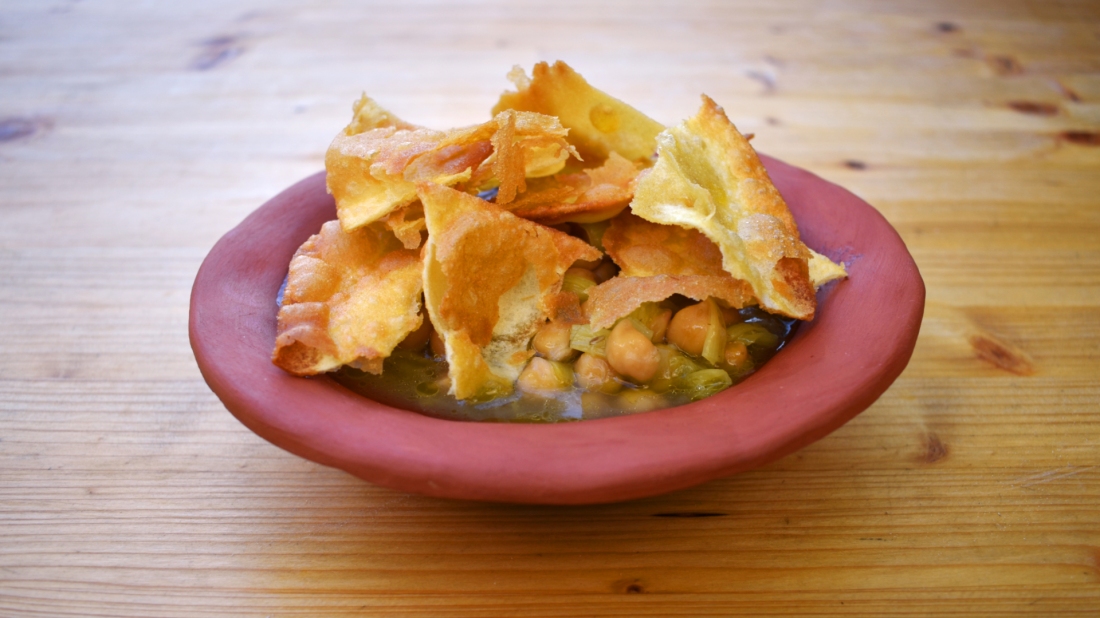 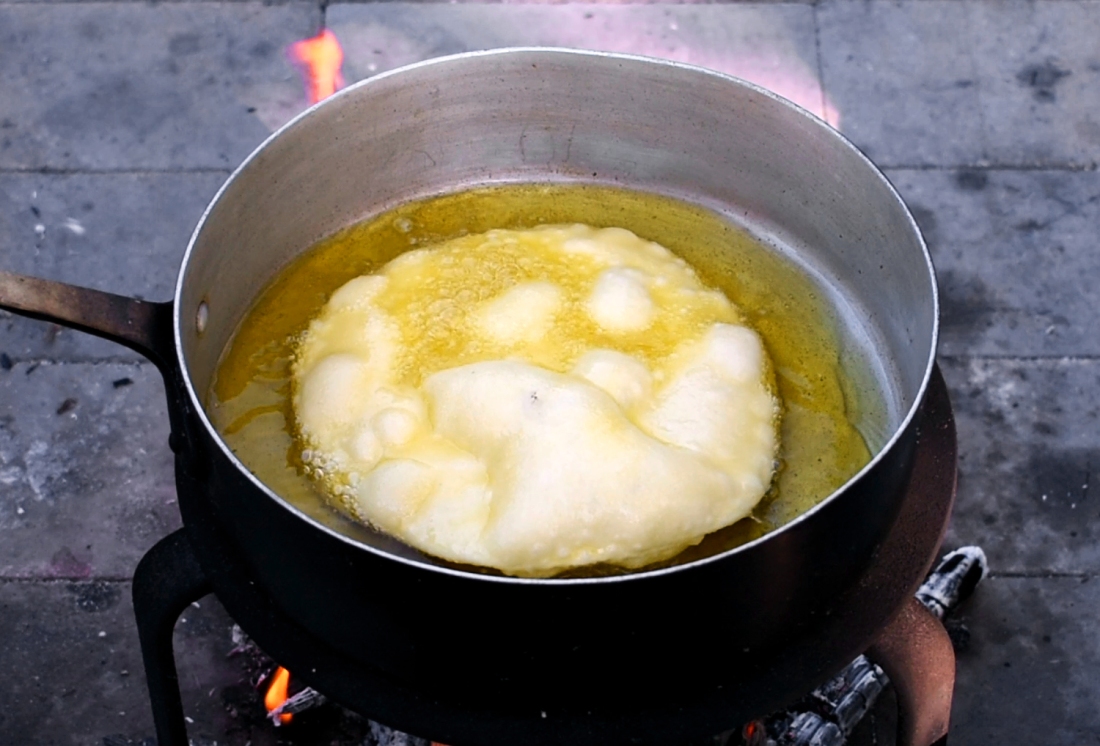 Method
Steep in water the chickpeas overnight.
Cut the leeks and grind the cumin in the mortar. Discard the water and boil the chickpeas in salted water for 10 minutes with olive oil, white wine, and cumin, then add the leeks. Cook for about 30 minutes. The cooking time may change depending on the kind of chickpeas.
While the soup is cooking, prepare the lagana. Knead the flour with a pinch of sea salt and warm water until the dough reaches a smooth consistency, then divide it into ten pieces. Roll thin, circular sheets of dough.
Warm a couple of fingers of olive oil in a pan and fry a sheet at a time. It will need about 30 seconds for one side and 20 seconds for the other side.
Serve the chickpea soup crumbling the lagana on the plate. 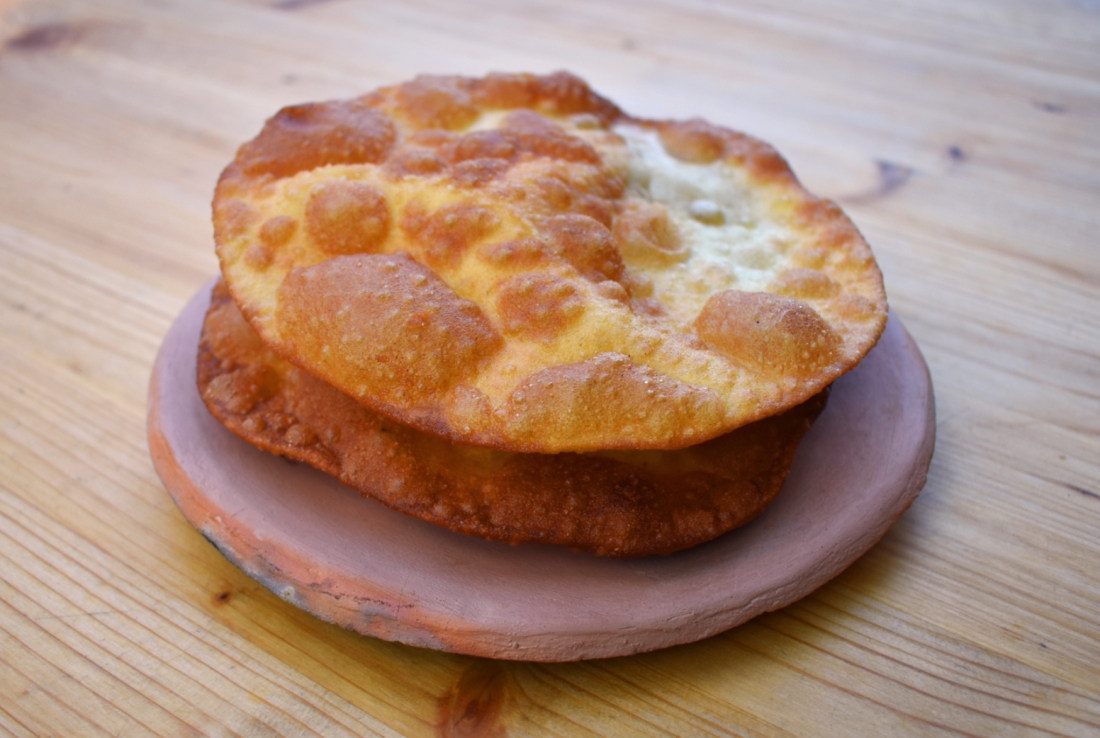 Translation
It is a kind of cake, as kapyria, made with durum wheat flour, fried in oil. 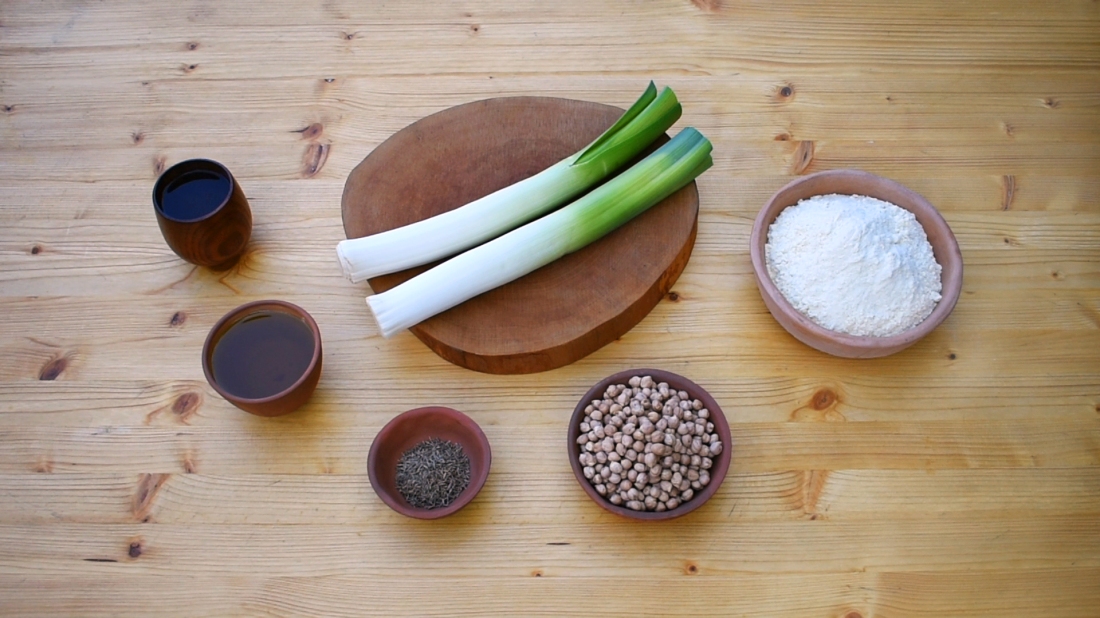