In one of his epigrams, Martial describes a dinner for six people at his country house. After the plates of the gustatio (vegetables, fish seasoned with eggs and rue, sow breast dressed with tuna brine), the guests will eat goat, fava beans, chicken, ham, and quae non egeant ferro structoris ofellae (ofellae that would not need the knife of the structor, the slave charged in carving meat, meaning that the meat is incredibly tender and well-prepared).
In De Re Coquinaria, the cookbook conventionally attributed to Apicius, we find seven recipes for ofellae (six with two variants for the one we are making today). Four recipes more appear in another source, written among the end of Antiquity and the early Middle Ages, the Excerpta Vinidarii, a short collection of recipes inspired to Apicius’s cookbook. Ofellae are cooked in several ways (fried, simmered, seared, roasted), and the term seems to refer to different kinds and cuts of meat, usually cut into slices. In one case, the author of De Re Coquinaria recommends keeping the rind and marinating the meat in a sauce for a few days before cooking it, and this recipe clearly refers to pork. In another, the ofellae are deboned before a double-cooking process, and this method is suggested also to prepare belly (probably pork belly) ofellae. Another method consists in searing the meat and serving it with a sauce, and this preparation seems to refer to beef or mutton. It is interesting to notice that Cato, in the 2nd century BCE, uses this word to refer to a preparation of cured pork legs, called ofellae Puteolanae, clearly a preparation completely different from the ones suggested by Apicius and Vinidarius.
For this recipe, we choose beefsteak, but you can use other kinds of meats, changing a bit the cooking times, for example pork or mutton. Below, you find a short note about the ingredients, the original text with our translation, and the video of the recipe with subtitles in English and Italian. Enjoy!

If you like our contents, please support us on Patreon. 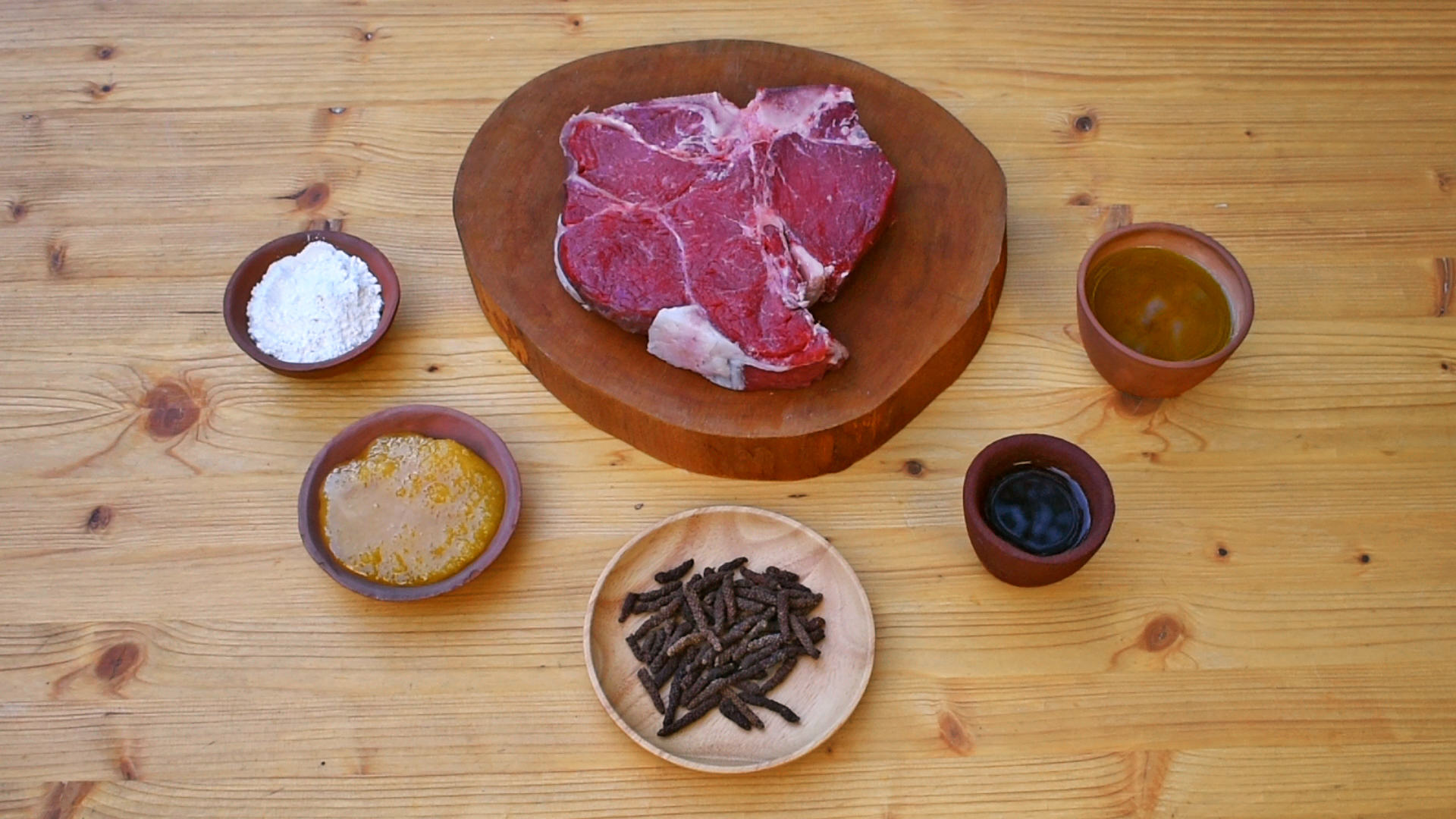 Method
To prepare the sauce, grind the long pepper in the mortar, then add a bit of honey and garum, starch, and a little water. Mix well the ingredients. Add a bit of olive oil in the pan and the steak, pouring the garum directly on it to prevent garum from burning. Add the sauce and cook it for a few seconds to thicken it. As soon as the steak is seared, remove it from the pan and serve with its sauce. 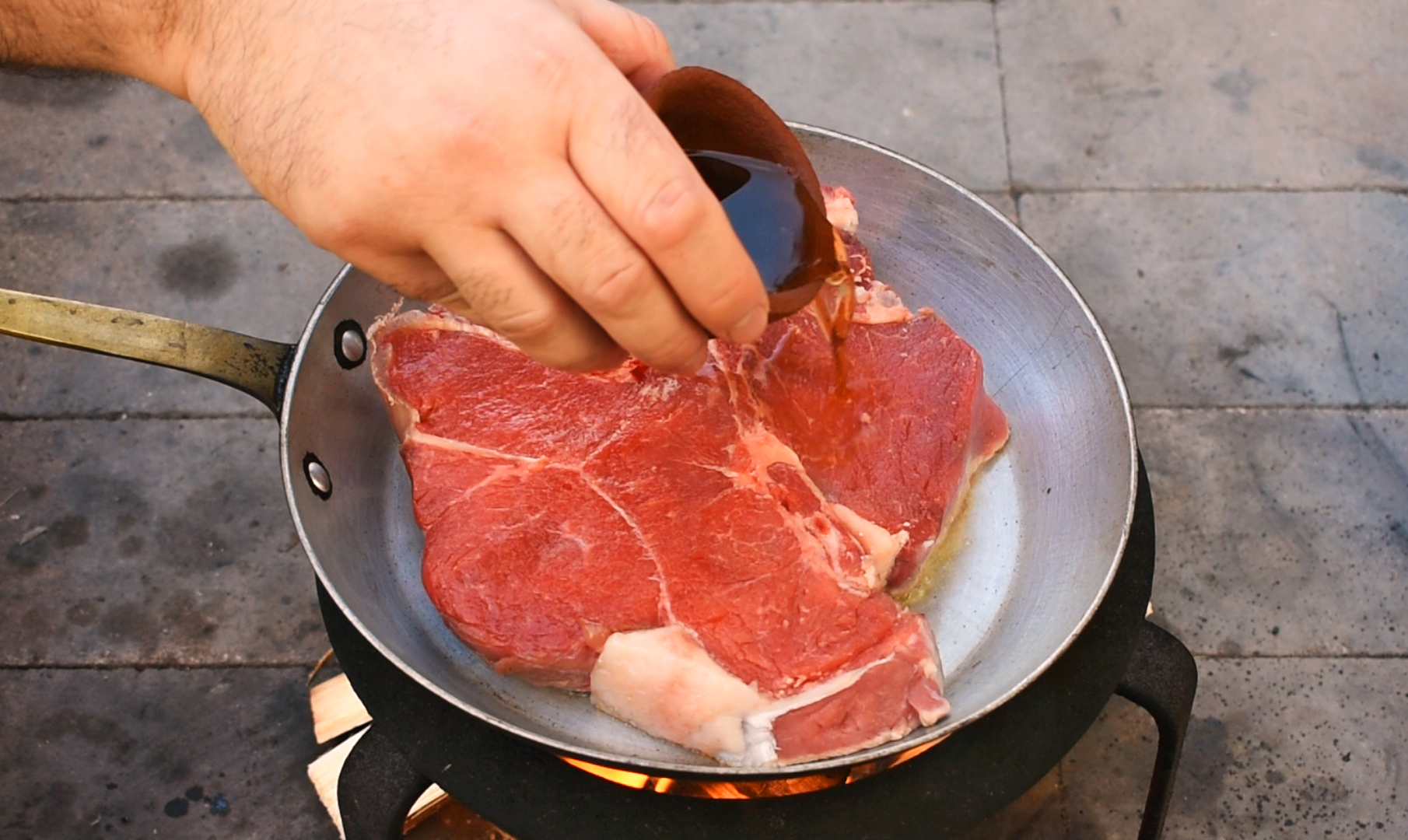 Note about the method and ingredients
The recipe does not specify how to cook these ofellae. We used the method described in the following recipe: recte friguntur ut paene assae reddantur (fry them well in such a way that they are just seared).
We chose long pepper for its strongly aromatic flavor, which pair perfectly with beef and the other simple ingredients used for the sauce. Long pepper is mentioned by Pliny as the most costly kind of pepper at disposal of ancient Roman cooks, 15 denarii per pound against the 4 for black pepper. The author does not specify which kind of pepper to use: with common black pepper, the sauce will be good anyway.
Garum was a very popular ancient Mediterranean fish sauce, prepared with fish and salt, sometimes adding spices and aromatic herbs. The process to produce some types of garum was identical to the one still used today by South-East Asian populations to make their traditional fish sauces, which are the best modern substitute for garum. If you prefer, you can use salt instead. 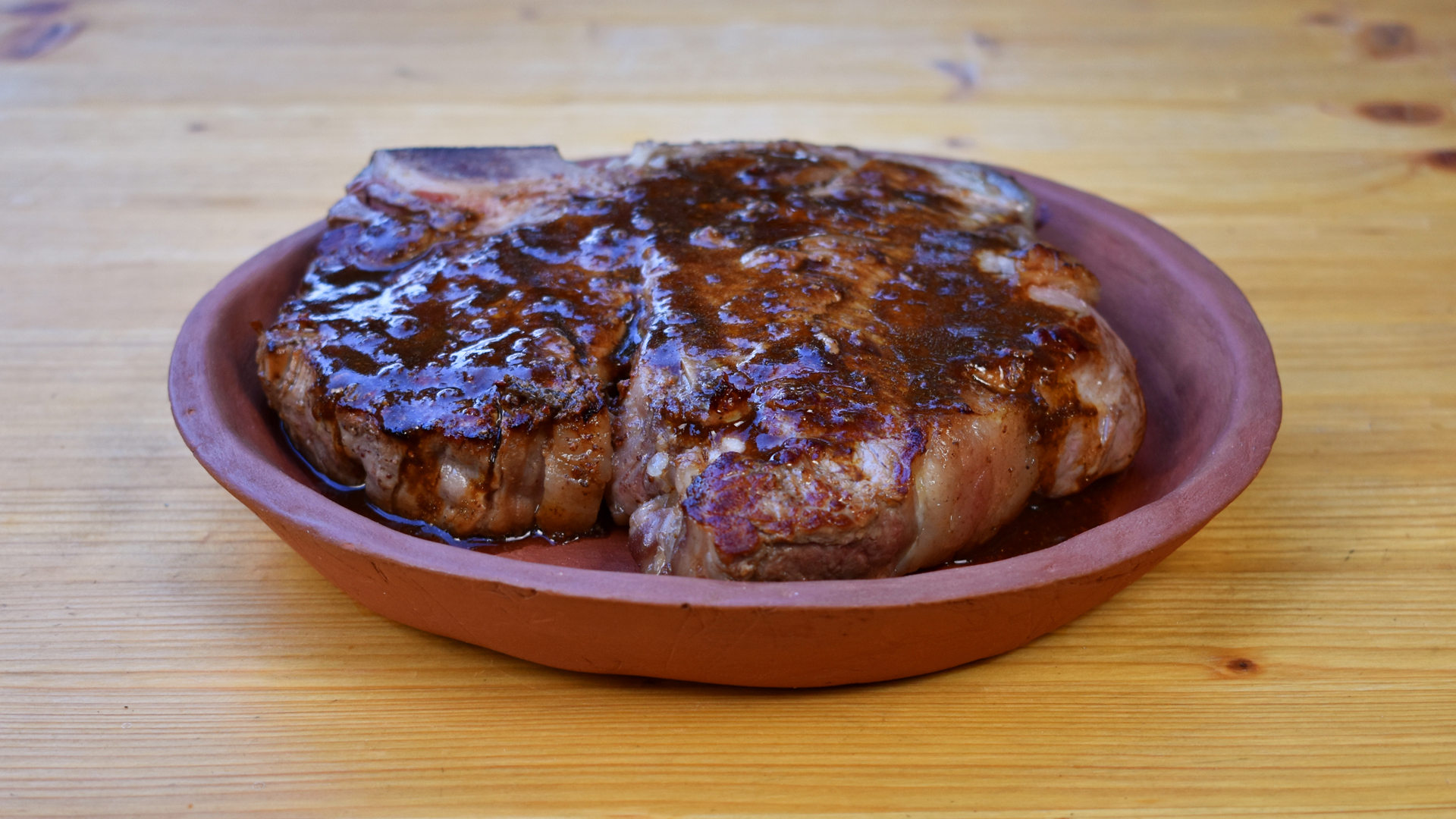 Translation
Ofellae in the aprugineum way: season with oil and garum, and remove this condiment once they are cooked. Place them on the fire and add this sauce, and make it boil again. Ground pepper, the condiment [the author is referring to the mixture of oil and garum just removed], honey, garum, starch, making them boil.