Today we present a medieval chicken recipe from an anonymous Venetian source of the 14th century, usually called Anonimo Veneziano. The most interesting feature of this plate is the use of fennel flowers that, mixed with the spices, give an amazing balance of flavors to the plate. If you don’t have fennel flowers, you can use a little amount of finely-ground seeds instead.

Method
Grind the almonds in the mortar, then add the fennel flowers mixing well. Now, grind the spices. You can use a coffee or spice grinder to save time. The author of the recipe tells that we have to add the spices at the end, but you can make it during the cooking without significant differences on the outcome. You can use fresh or dry ginger, but we suggest the first. Mince or grate it, then chop the lardo finely. This cured-pork fatback is widely used both in medieval and traditional Italian cuisine.
Now, cut the chicken. The author of the recipe doesn’t tell us how big the pieces of meat have to be. We chose to slice it in eight pieces and to remove the skin. You can also use thighs or legs.
Parboil the chicken for a few minutes, storing the broth, then melt the lardo in a pan and add the chicken. After a couple of minutes, add the ground almonds and fennel flowers, and two ladles of the chicken broth. Put a pinch of coarse sea salt and cook the meat for thirty minutes.
When the chicken is done, plate and coat it with the sauce, dusting with the spices.

Sweet spices
Spices are staple ingredients in medieval cooking. In this case, the anonymous author specifies that we have to use sweet spices, and in his cookbook, we find the suggested ratio of them: one part of ginger, one of cinnamon, one of folio, and a quarter of cloves.
Folio is also called malabathrum, and it is currently known as Indian bay leaves, tejpatta or cinnamomun tamala. It was used in Ancient Rome and the Middle Ages. You can buy it at Indian grocery stores. 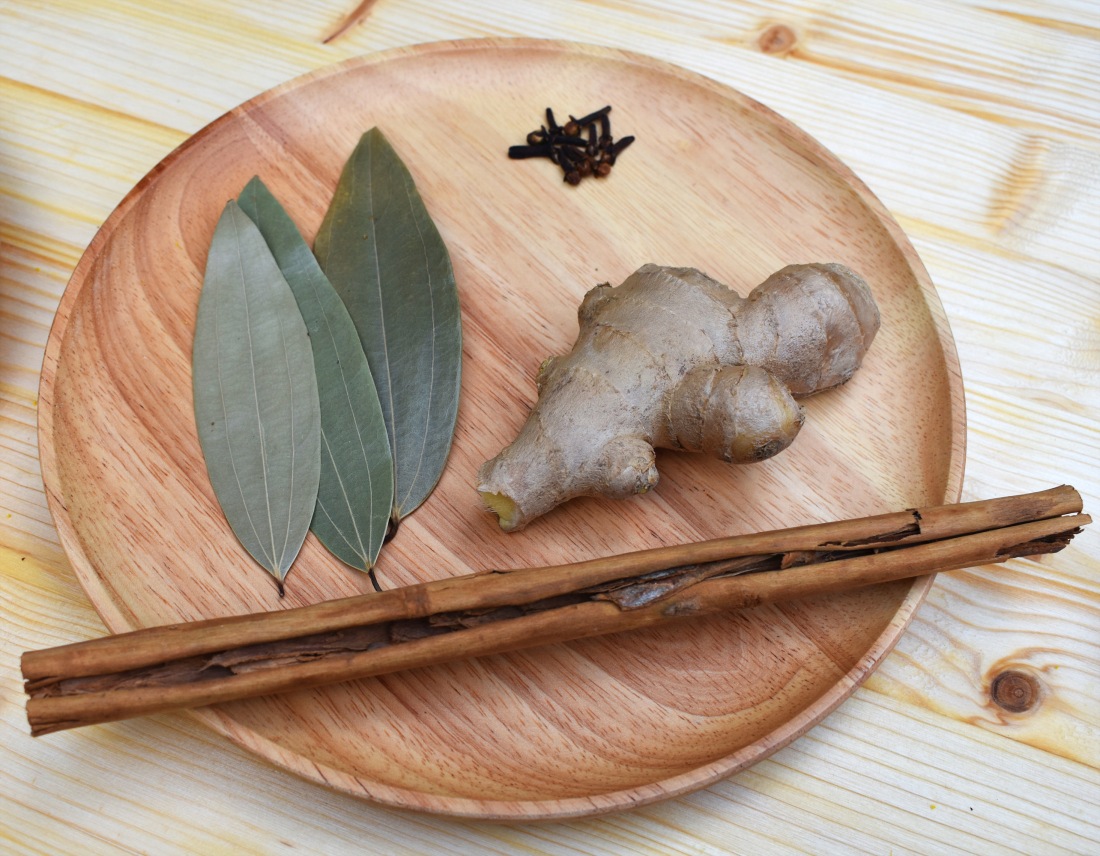 Translation
Take the chickens and cut them in pieces. After boiling them a little, cook the meat with lardo. Grind almonds and fennel flowers together, and dissolve them in the chicken sauce. Plate adding sweet spices.